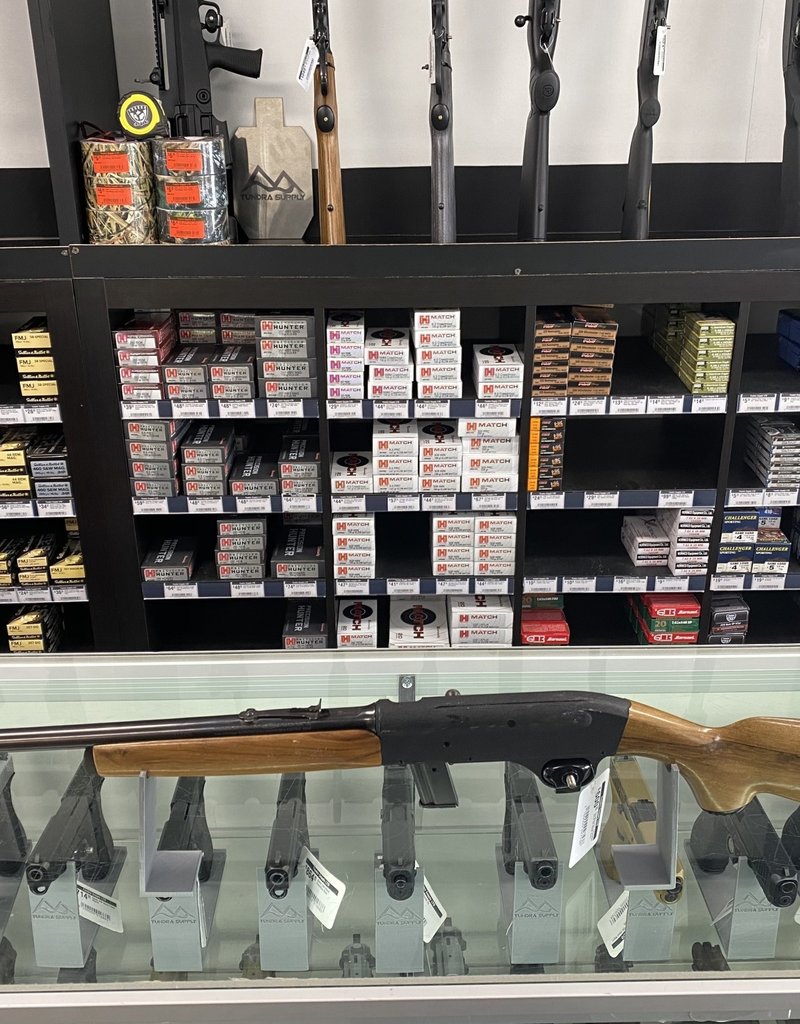 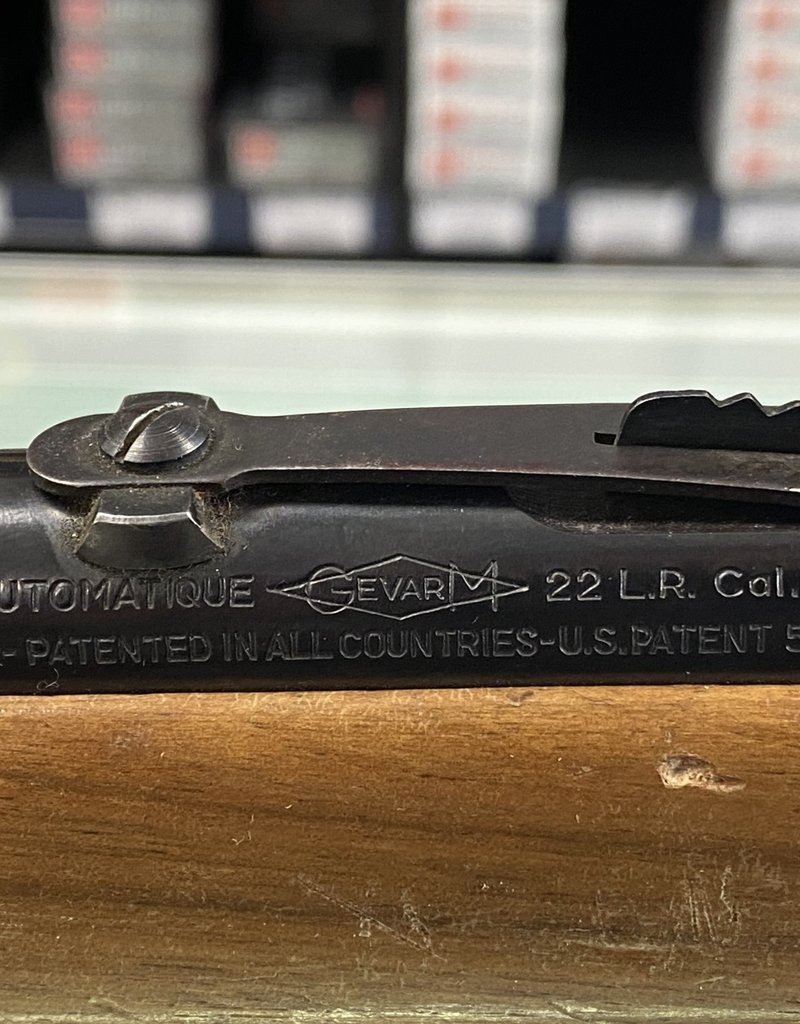 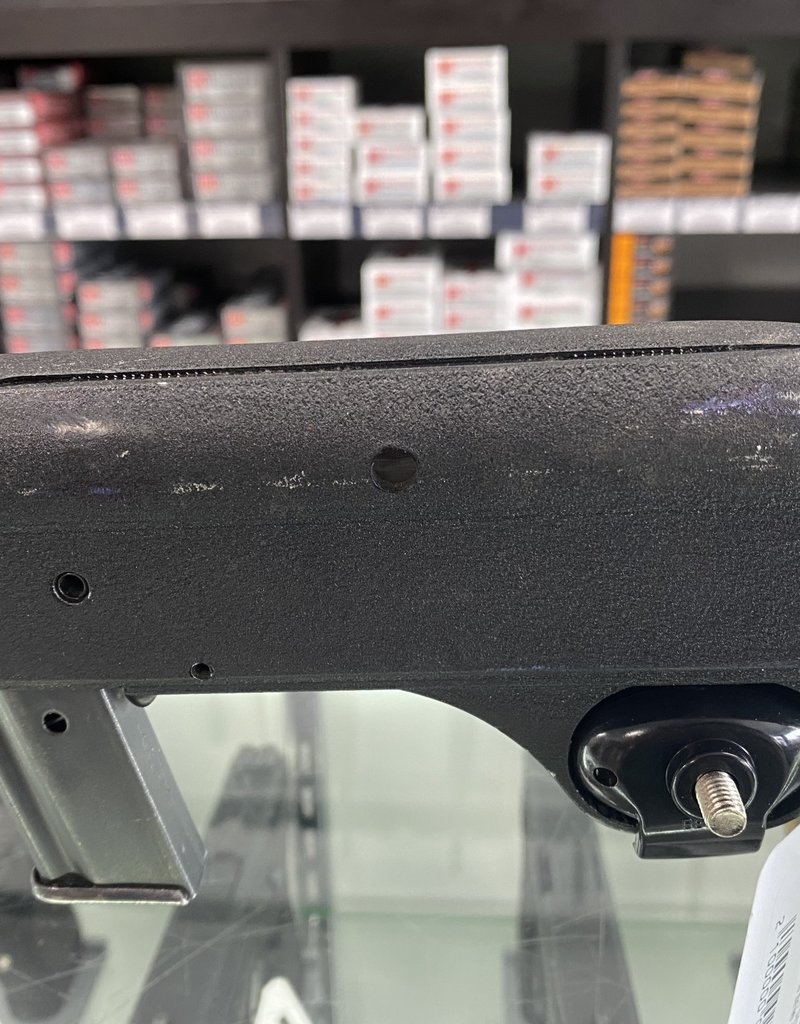 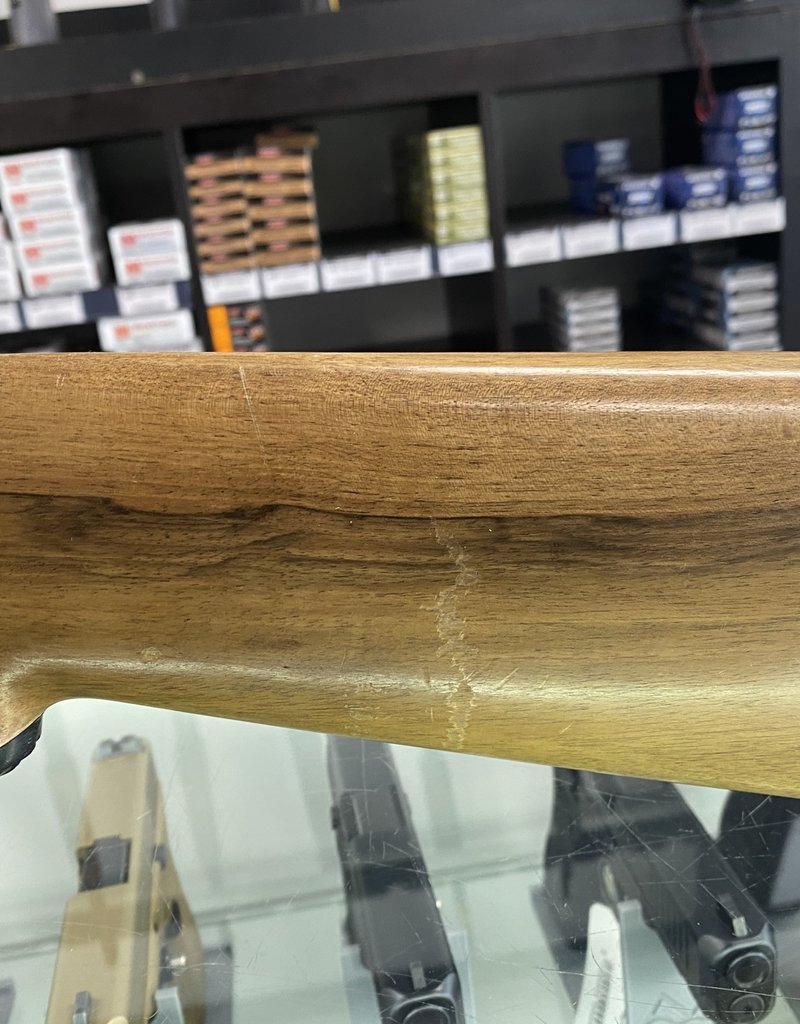 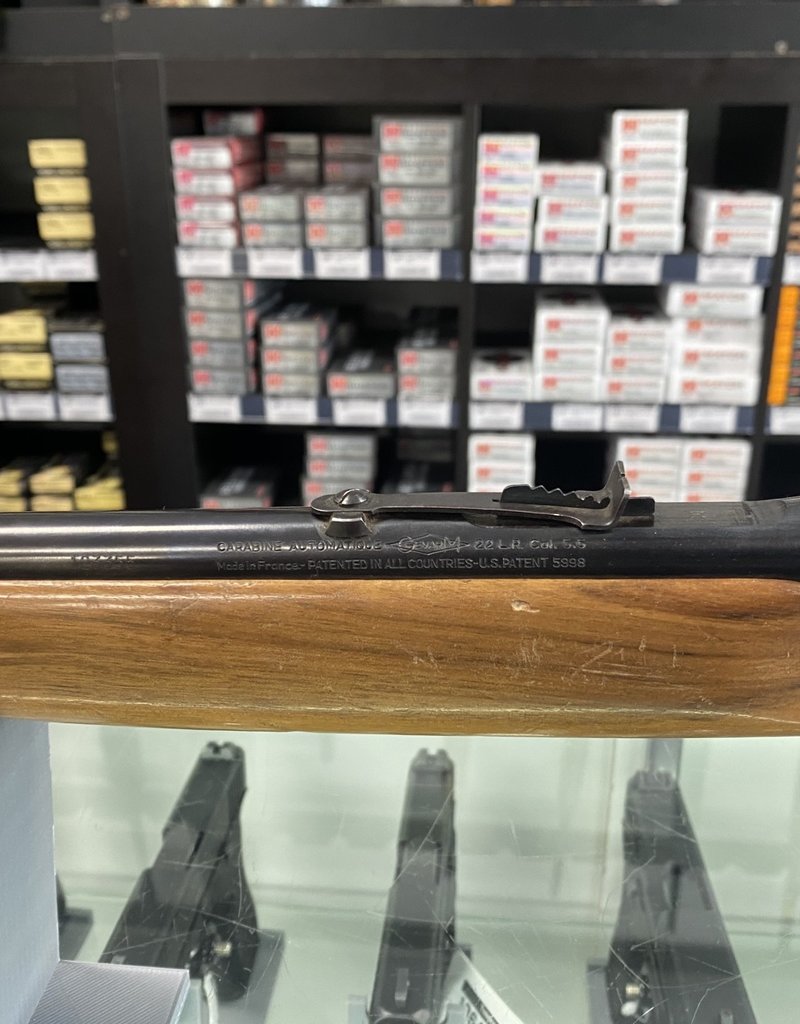 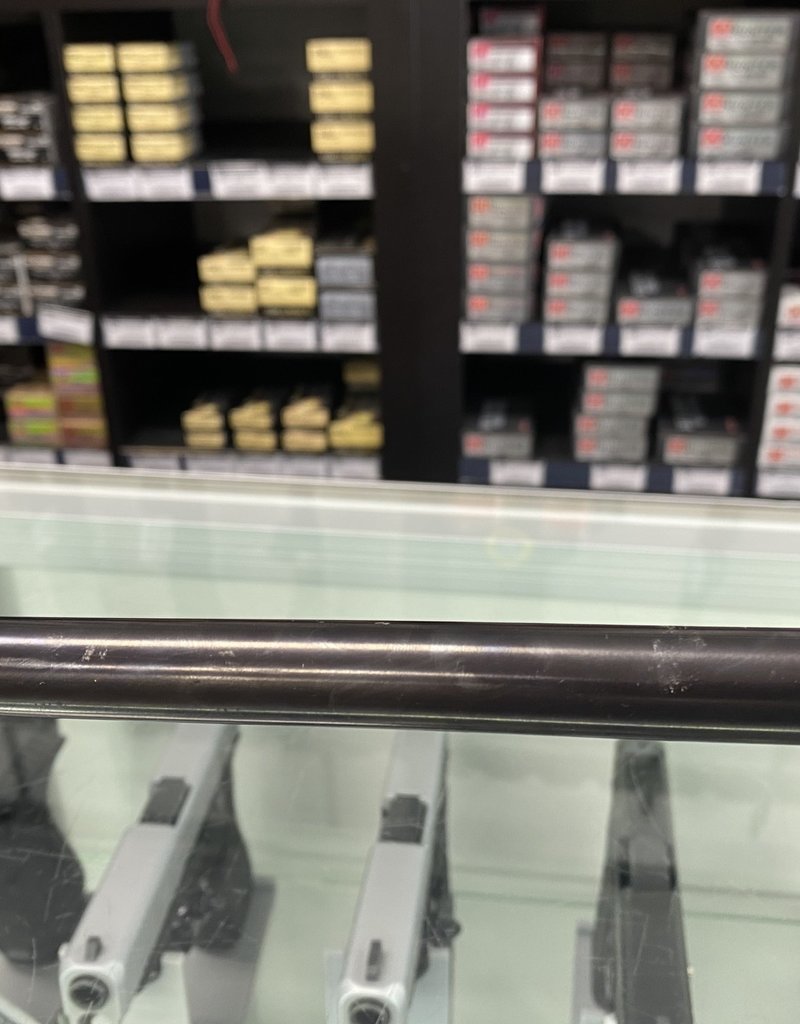 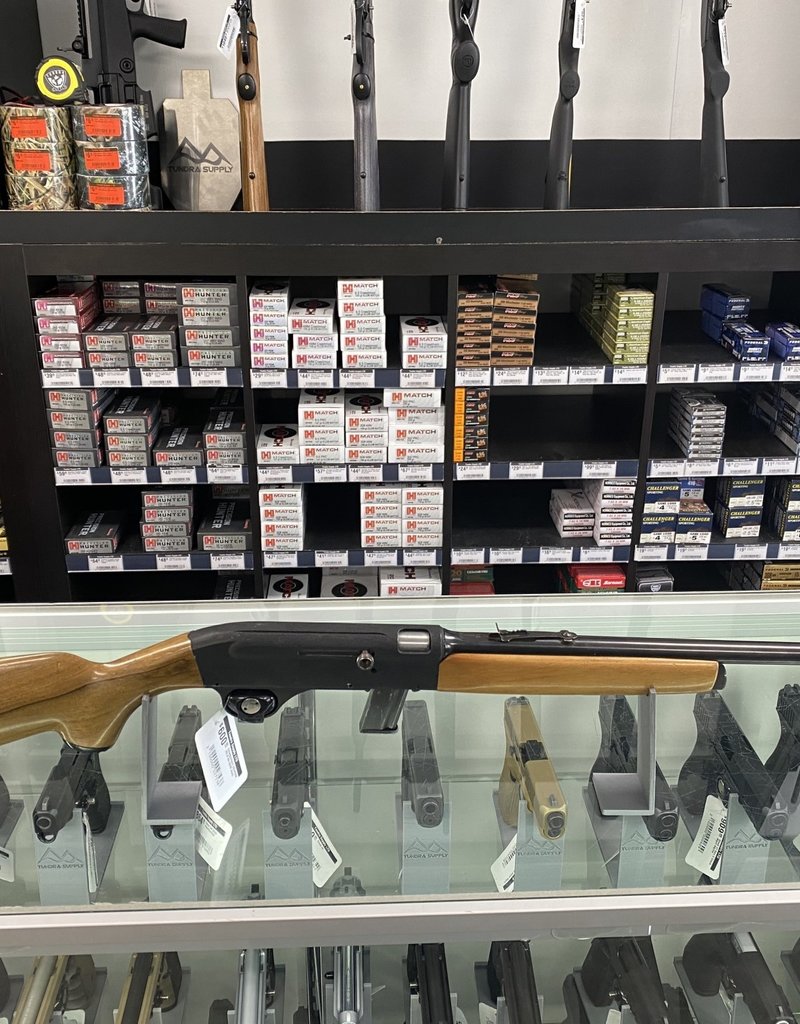 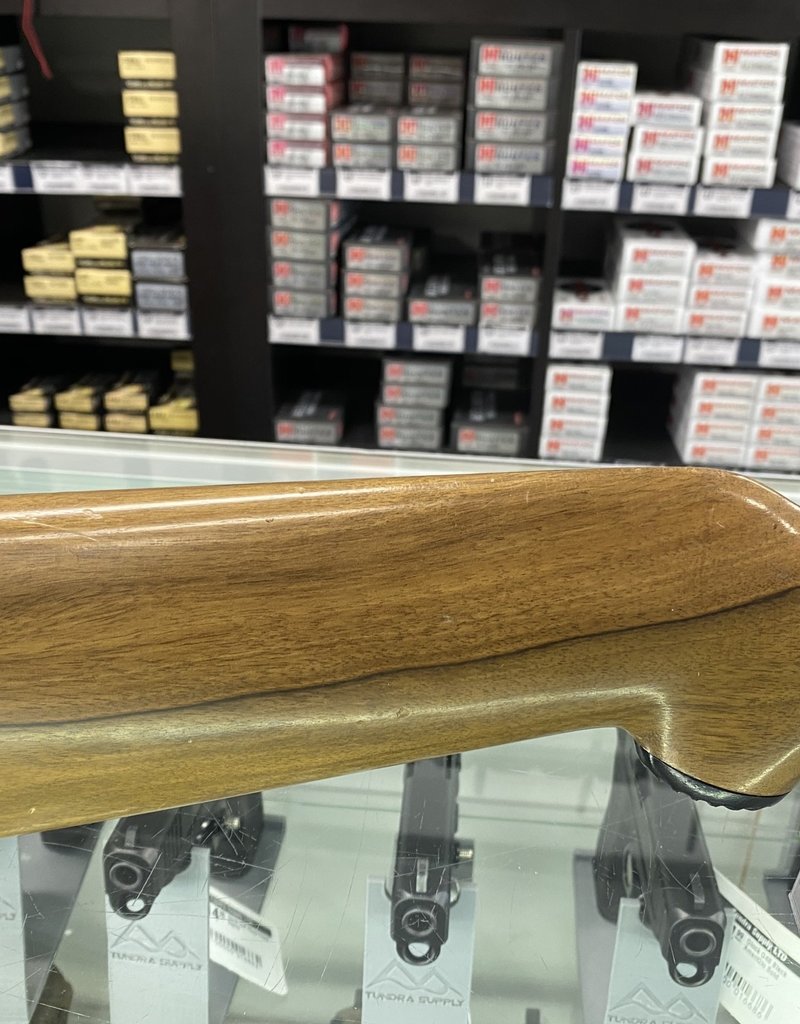 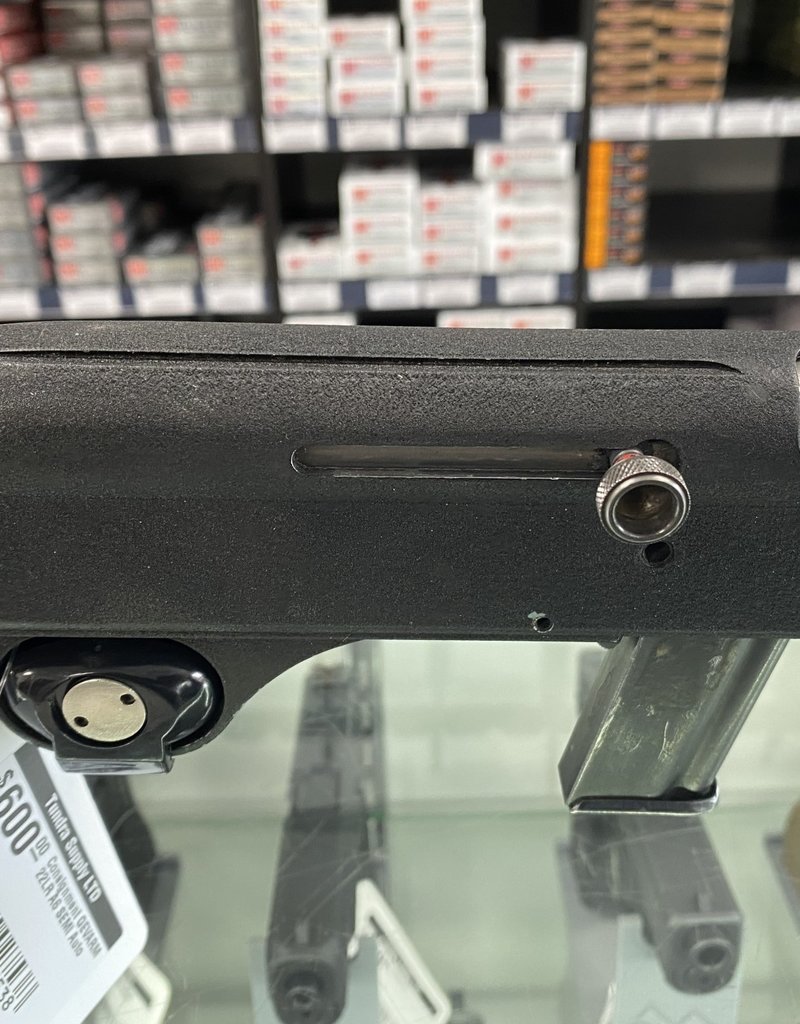 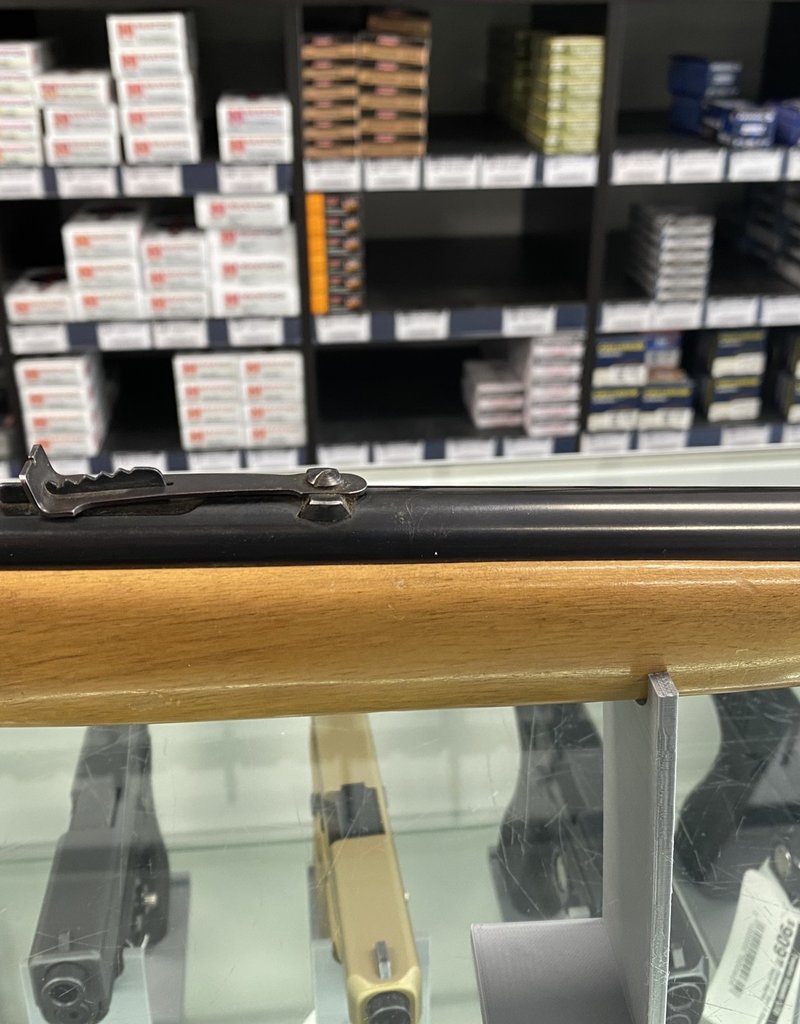 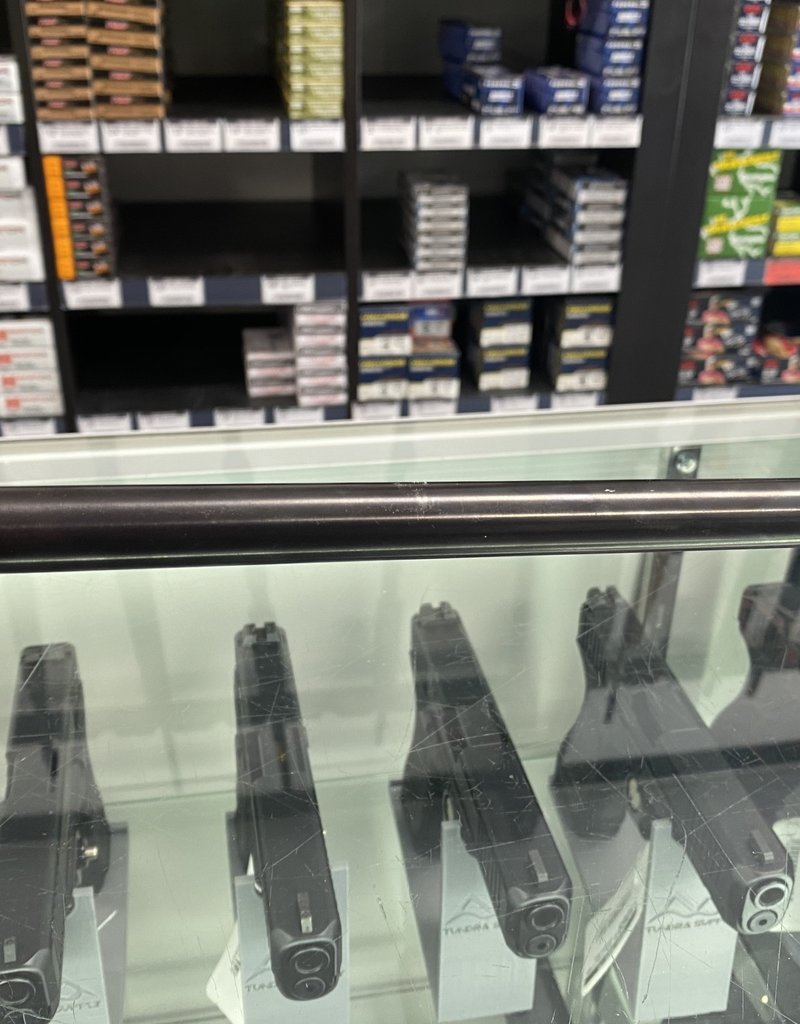 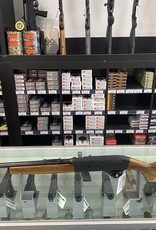 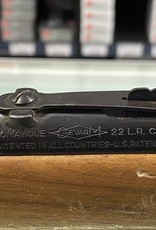 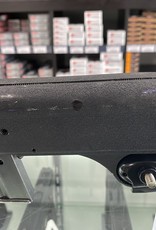 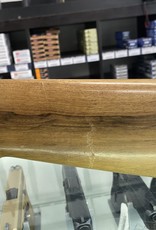 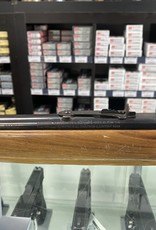 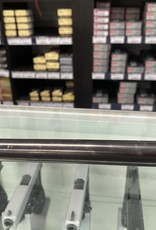 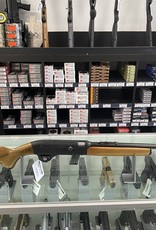 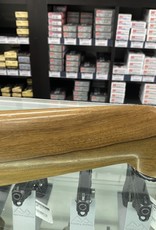 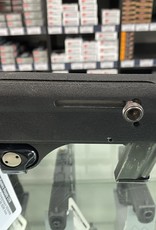 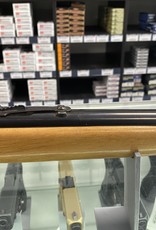 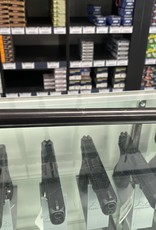 Gevarm, a gunmaking offshoot of the Gevelot cartridge company, produced a line of open-bolt semiautomatic rimfire sporting rifles from the early 1960s until 1995. This is an E1 model, the base type. It is chambered for .22LR, with an 8 round magazine and basic open sights. What makes these rifles unusual is the open bolt mechanism, which allows them to be extremely simple.

The bolt is a single part, with the firing “pin” in the form of a rib running all the way down the center of the bolt face. No extractor is built in, as chamber pressure alone is sufficient to extract cases in a simple blowback system like this one. Because it is an open-bolt firing design, one need not ever extract an unfired cartridge from the chamber.