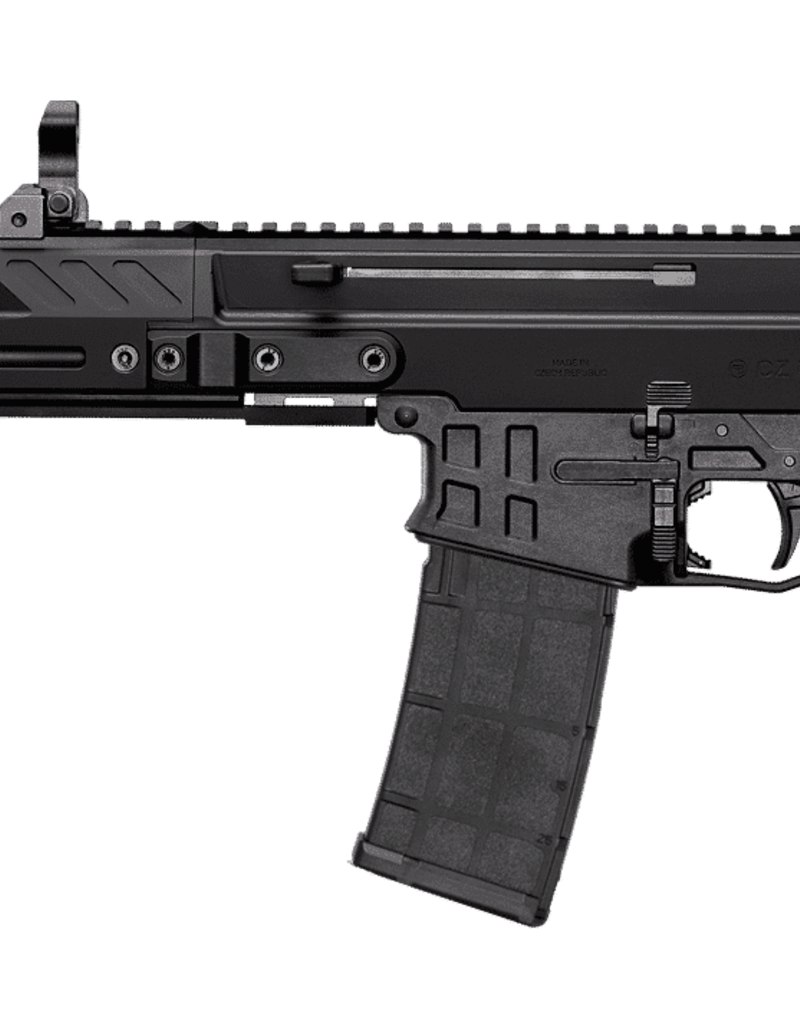 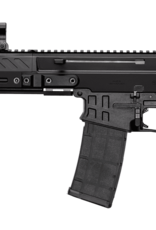 The next generation of the Bren, the Bren 2 Ms makes first landfall in the US in pistol form with multiple barrel lengths and two chamberings. Whereas the 805 Bren was designed to a specific set of requirements set out by the Czech military, the Bren 2 is a clean-sheet design. With a bevy of changes, the most noticeable is sure to be the strict weight-loss regimen that the Bren 2 has undergone. With a trimmed-down aluminum receiver and a lower made from carbon fiber-reinforced polymer, the result is a robust but substantially lighter gun.

Gone is the reciprocating charging handle, replaced with one that stays stowed in the forward position until it is needed. Swappable from side to side, it does double duty as a forward assist. Also added is an AR-style bolt catch/release system that is mirrored on both sides of the firearm, as well as a catch/release nestled into the front of the trigger guard. The magazine release and safety are also ambidextrous and located in very familiar locations for anyone versed in the AR platform.

Chambered in 223 and 7.62×39, each is available in several barrel lengths. AR-15 style magazines are used for 223 variants, whereas in 7.62 the factory’s magazines are used to ensure last round hold-open and consistent feeding. All variants are swappable to different barrel lengths and chamberings and also feature a modular forend that can be swapped to different lengths.

In pistol form, the Bren 2 Ms comes with a flush rear plate that has the provision for attaching a AR-style buffer tube for the installation of an arm brace, cheek rest or similar pistol stabilizing device. For those who wish to SBR, a Carbine buffer tube and stock can be installed or the entire rear plate can be removed and replaced with a factory folding/adjustable stock.