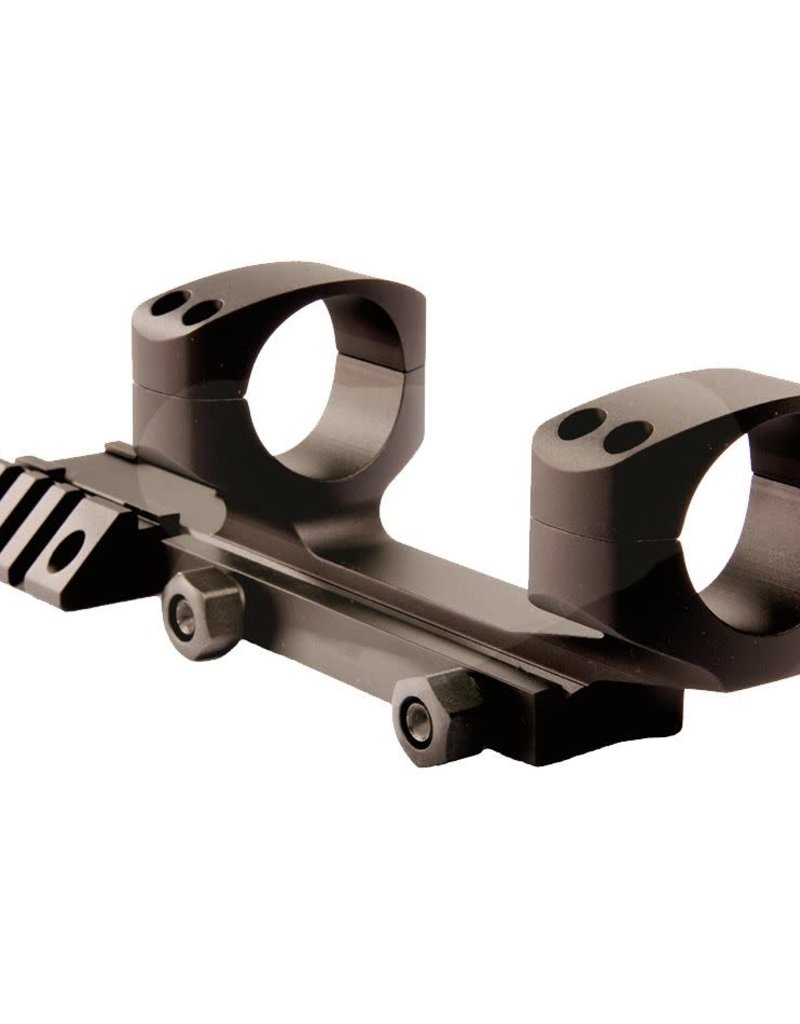 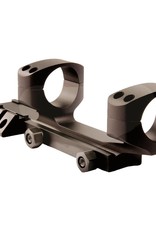 The Warne Rapid Acquisition Multi-Sight Platform or R.A.M.P., is a cantilever style scope mounting platform that allows proper scope installation on the popular AR-15 rifle. By design, the AR platform was intended for fixed iron sights and did not offer an acceptable mounting surface for optics. As the weapon system evolved from the military designate M16A1 to the M16A3 and M4, Picatinny mounting systems became standard equipment. However, the rail system found on the A3 and the M4 weapons still did not allow a variable power optic to be mounted far enough forward with conventional scope mounts. The Warne R.A.M.P modular mounting system positions the front ring forward of the upper receiver by 1¾". This allows the optics to be mounted farther forward enabling the shooter to have proper head orientation whether upright or prone without sacrificing or compromising due to improper positioning.
The Warne R.A.M.P also offers unique 45° mounting rails on both sides of the optic. As you know, variable power optics are great for distance but not CQB scenarios. Additionally, CQB sights are great for close quarters and entry scenarios but not for distance shots or target ID. So, which one do you choose? Why not have both? The R.A.M.P provides exactly that.
The primary sight can be as small as a 1-4 or as large as an 8.5-25 or a larger variable power optic. With a mini red dot on one or both sides of the ocular, a shooter can transition from scope to dot or dot to scope in less than a second by rotating the weapon 45 degrees left or right. While the technique is not new, the position of the red dot is. By placing the sight under the ocular of the scope, we have provided a wider field of view through the mini red dot which makes acquiring the dot in the sight faster than you can imagine. And once again, you won't have to sacrifice your shooting position when transitioning from sight to sight.